Enjoy our playlist ‘Waves from the North’ updated (vol. XIV)

This playlist is forming into a nice archive and compilation of the dope stuff from the past 2 years or so, and here is another drop to kick off the Fall season, or as some know it as «Cuffin’ Season» . There have been a couple new bangers and some deep stuff that come out, that DaBaby ‘Intro’ is my anthem right now.

Enjoy and keep yourself warm, motivated and enjoying life with these tunes. Some big artists, but as always I had to shed light on the freshmen, on the slept-on (Travis Thompson is very slept-on) and the underdogs.

He is winning 2019 and on his own rules. This is the intro and the single from his debut album ‘KIRK’, a great album for sure. Here he starts rapping from 00 seconds and his Carolina drawl rips apart the track, it’s about family, it’s about winning, it’s about doing it right.

Not the biggest fan of UK drill, but when it is done right and a drill rapper is breaking his own artistic barriers that is a dope thing. Here one of the top drill rappers in the UK jumps on an Ultra Nate sampled (non drill) beat and just talks his talk, it is a mix of hard and retrospective.

It is hard when you have to pick between two things in life a la Music and Road, so sometimes you might do both.

Travis was on the list of my Top 5 new artists I discovered in 2018, and his newest album that came out in September does not disappoint. ‘Reckless Endangerment’ is a serious album, and Travis can chop it up flawlessly on beats and add melody when needed.

When people get disappointed with the new generation of rappers, look at Travis and realise it is not that bad. This song is the ultimate Seattle posse cut with Travis sharing the track with local legends: Sir Mix-A-Lot, Prometheus from the Blue Scholars fame and of course Macklemore (who has a dope showing on this).

A very playful song citing the Western African delicacy. Great song to set a positive mood and chill with some ladies, too.

These guys hit me up on Twitter back in 2010, when I was doing a radio show on Edinburgh University’s Fresh Air Radio, to send me some tracks so I can play them on my show. That is when they were starting out and already had an original twist to their sound. I still have some of those songs and they are dope. Also we were exchanging messages about music and stuff, and they were just really nice to interact with.

I am proud of how far they have come and with their debut album on Dreamville, called ‘Mirrorland’, getting positive reviews and comparisons to OutKast (EARTHGANG is also from Atlanta) due to the unorthodox and funky vibes. The whole album is good and this is one of those songs that was not a single, but displays the best of the group.

A surprising release of unreleased Guru vocals and DJ Premier production with a J. Cole feature. This is for the real hip hop heads and a great homage to the fallen Guru. The message in the song is beautiful and the Premo cuts are top notch, bringing me back to the music I grew up on and the best of Gang Starr with one of the biggest rappers out, J. Cole, paying his respects. 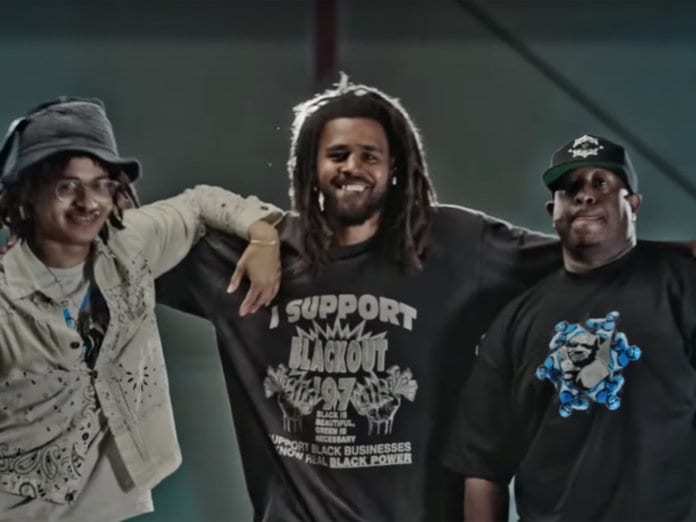 Gerald is smooth and just slays it on this track with a relatable vibe, talking about ladies doing everything for attention pretending to be real. Ty lays down some melodic bars, too.

Why you on the ‘Gram postin’ thirst traps?
Remember, you supported all my first raps

A random Russ drop with that usual fire talking about the haters. I love Russ doing his own thing without any clear association with any artist in the game, but still killing and winning.